Drone safety systems company, ParaZero Israel Ltd (ASX:PRZ), announced that the first FAA waiver for flight over people with a parachute system was granted to a UAS operator using the ParaZero SafeAir System.

The waiver for Part 107.39(a) has been granted to North Dakota operator, Botlink, using ParaZero's SafeAir System on a DJI Phantom 4. The company is utilizing the waiver to perform missions for local law enforcement as well as for generating media content as part of the UAS Integration Pilot Program (UASIPP) lead by the North Dakota Department of Transportation.

The first flights using the waiver were conducted during the tailgating event prior to the North Dakota State University vs South Dakota State football game at the FargoDome in North Dakota. The drone performed multiple flights over the crowds gathered in the stadium's parking lots and provided important, real-time footage for local law enforcement and media companies. 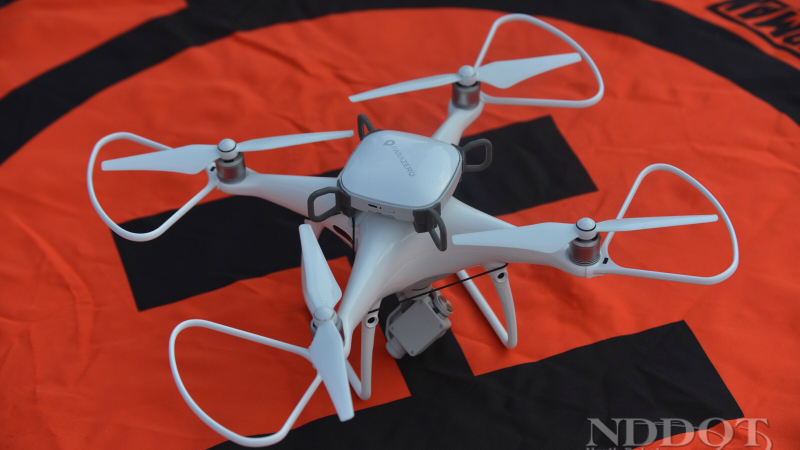 The FAA's rule for commercial UAS, also known as Part 107, restricts all UAS flight over unprotected people. This limitation, while necessary for the safety of the public underneath, has inhibited the growth of the industry as it blocks most UAS operations in urban environments and some operations in rural areas as well.

The ParaZero drone safety system being used for the operations under this waiver includes a fully autonomous triggering system that deploys quickly and reliably without being dependent on the operator's response time. Once the parachute deploys, the system stops the spinning rotors to avoid entanglement with the parachute cords and reduces the risk of laceration injuries to people on the ground.

"We spent many months developing and testing our parachute systems. The data that was collected from these tests was provided to the FAA and is a critical component of the waiver application." said Avi Lozowick, Director of Policy and Strategy at ParaZero. "We had to prove to the FAA that the descent rate was consistently low enough to provide an acceptable impact energy and that the system will work properly in all types of failure scenarios."

"Our goal is to enable the UAS industry to reach its full potential by opening the skies for business. Until today, the handful of existing waivers for flight over people have either been for closed-set operations or for very lightweight and sometimes frangible UAS. This waiver opens the gates for safe flight over people with larger, more advanced UAS that can carry more sophisticated payloads and cameras." said Eden Attias, ParaZero's CEO, "This is a major step towards reaching our goal. We hope to learn from this process together with the FAA and are eager to see additional waivers for flight over people in the future."

ParaZero (www.parazero.com) was founded in 2014 to accomplish a vision to enable the drone industry to realize its greatest potential. ParaZero offers a smart and intuitive solution to enable drone industry growth by designing, developing and providing best-in-class autonomous safety systems for commercial drones.

to see the movie about the event please see this video:
www.kvrr.com/2018/09/29/the-future-takes-flight-historical-drone-flight-glides-over-ndsu-tailgaters 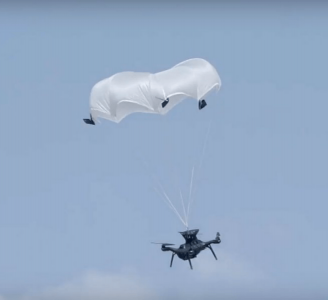 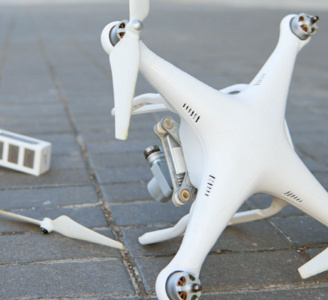