Paris used to be a no-fly zone – well, for drones that is. The city, rich in history, art, fashion, to name a few, is known for taking cultural protectionism very seriously, which may explain the aversion to allowing high tech devices, like drones, to operate in their skies.

But we have to wonder now if that opinion may change?

When Notre Dame went up in flames close to two weeks ago, the world watched in awe as emergency services organisations struggled to gain control over the fire. While this is and continues to be an undeniable blow to history on a global scale, the event marked a significant milestone for the drone industry. Firefighters, desperate to quell the flames and preserve what they could of the landmark, looked to drones for safety and guidance. DJI drones equipped with delicate, yet powerful imaging devices helped to add information, insight and data to the strategy of the crews on the ground while allowing them to keep a safe distance from the scene. Utilising images and live stream videos, the firefighters could remotely identify the most critical areas of the fire, the current status of infrastructure and, most importantly, where to focus their preservation efforts. We can predict that the drones’ accuracy of vision and intel contributed significantly to the marginal success of the firefighters over the flames, a relief for the people of France. 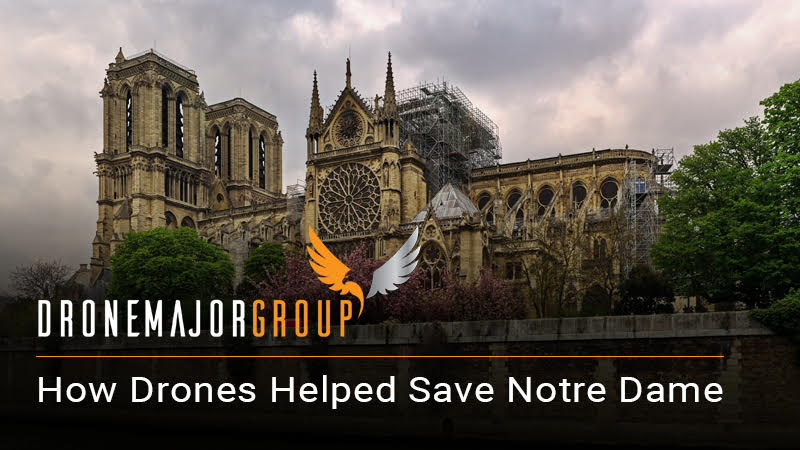 Even more monumental than saving Notre Dame, the drones likely also saved lives. The fire claimed no lives – No firefighters, no police offers, no civilians died during the event or in the aftermath. While drones cannot take all credit, their use undeniably added a layer of protection to those on the front line – replacing human eyes with crystal clear cameras allowed for a high sense of control over the fire, without actually placing any persons in danger. The Notre Dame fire proves a key example of drone technologies intervening in dangerous or sensitive situations to remove unnecessary risk from human workers…successfully.

In the words of one of Drone Major Group’s suppliers, Mirragin, “Robots are cheap, people are priceless.” The people of Paris have definitely learned that through this experience, and we can only hope that it serves as a learning point for other major cities too.

Drone technology is in a state of continuous advancement – new applications and innovations are appearing daily, many of which have the power to revolutionise the way we address both emergency situations, as well as day to day business processes. If you are interested in learning more about drone technology and how a potential integration could assist your business/organisation, visit Drone Major Group today.

Get in touch, we are here to help. 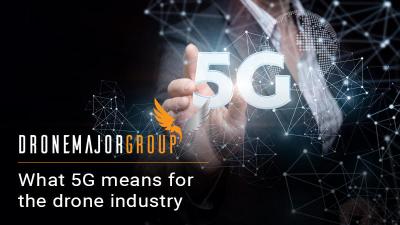 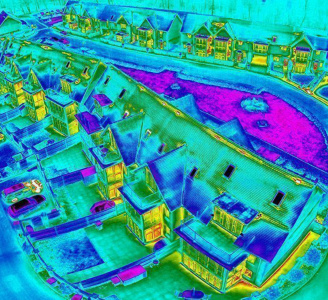