The drone industry is as complex as it is intriguing – many people still have the image of a drone as a small, airborne device used to take photos or, in light of recent happenings, disrupt airport traffic control.  In reality, the term drone refers to ‘any unmanned system that is autonomous or remotely controlled’.  This obviously includes surface systems such as driverless cars and unmanned ships, underwater systems such as unmanned submarines, air systems such as unmanned aircraft, unmanned space systems and, more importantly, any hybridization of the above such as flying taxis (surface and air) and multimodal systems capable of operating on the surface of the sea and underneath it and in the air above it.  Mind boggling right?

To broaden the understanding of what precisely a drone is, we will describe one of the most relevant and life-changing applications of drone technology: Urban Air Mobility, or UAM for short. Urban Air Mobility refers to the transition away from typical transport infrastructure (think trucks, ships, standard aeroplanes) towards more technologically advanced, autonomous systems that can be flown without pilots, but with precise accuracy. The systems themselves range from small air drones with minimal load capacities to passenger carrying vehicles capable of transporting both individuals and freight for substantial distances. The future of drone technology truly is one and the same with the continued development of UAM – every city, every organisation, every individual has the potential to benefit from an updated, progressive transport approach. We will discuss two uses of UAM technologies: Humanitarian Relief/Aid and Metropolitan Transportation.

In regard to the philanthropic side of UAM, the technologies are poised to change the global landscape of transportation infrastructure as we know it. Most notably, advanced drone delivery systems of the likes of Amazon and Google’s parent company, Alphabet, have the power to connect desolate regions of the globe with more modernised cities to facilitate the transport of food, medicine and other necessities. These companies draw upon air drone providers, AI software companies and mapping/sensing platforms to create a sustainable technology landscape that efficiently and safely automates a deeply critical transport bottleneck. Successes of drone delivery in rural areas have already been observed, with Alphabet’s “Project Wing” being among the first companies to receive clearance from both the US FAA and Australia’s CASA for commercial use in approved areas. The positives of UAM are also intriguing to Government bodies and nonprofits. Initiatives, such as The Lake Victoria Challenge in Africa, are actively seeking out smaller scale drone hardware providers to showcase the possibilities of their offerings through a real-life case study – connecting the people of the Lake Victoria basin with more populated areas not easily accessible by traditional transport means. The successful integration of a UAM system in this instance would not only save time in transport but also many lives with the increased accessibility to food, water and medicine. 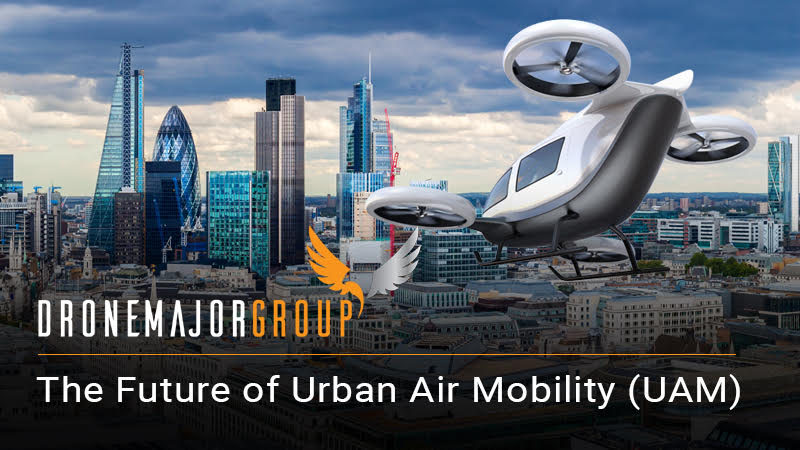 On the other, more profit-driven side of UAM we have the technologies underpinning concepts like driverless cars and flying taxis. Several big-name companies, like Uber and Boeing, have been experimenting in the UAM realm for some time now, promising consumers a faster, safer mode of urban transport as early as 2023. Their ideas of flying taxis centre around shorter, metropolitan city-based flights – trips from Heathrow airport to Central London. These “last mile” trips are the most common type of transport within large cities and they are also the most heavily affected by adverse traffic. The ability to allocate relevant traffic from the ground to open airspace would improve both mass congestion problems, as well as the carbon footprint of a city in general. While the benefits of UAM in cities are undeniable, these first-mover companies have ambitious goals – especially in light of the fact that the current legal climate lacks any sort of enforceable standard for these technologies. As with any innovation, safety and logistics must be heavily considered throughout all stages.

Urban transport carries more public concerns than the previous topic of humanitarian air drone delivery, as these systems are more complex and involve the transport of people, in addition to freight. The conversation around safety and appropriate take-off/landing infrastructure is not being taken lightly, with governments globally taking action towards solidifying standards in concept testing and, eventually, commercialisation. It will be a long process towards global standardisation and commercialisation; however, UAM is, without a doubt, the future of the drone industry.

Drone Delivery: Think Outside Of The (Take Away) Box

In tech reporting, drone delivery is consuming more headlines than ever. Co...

How Drones Will Help Save The Environment

Often when considering ways to reduce our carbon footprint, we are bombarde... 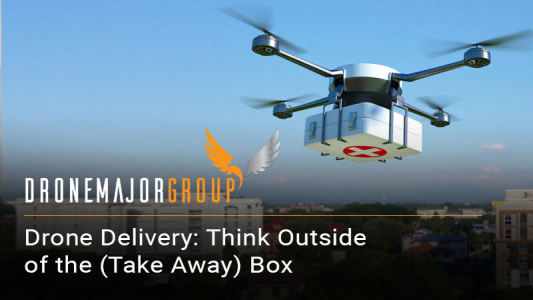 In tech reporting, drone delivery is consuming more headlines than ever. Companies such as Alphabet, Amazon, FedEx and even Domino’s Pizza are r...

Often when considering ways to reduce our carbon footprint, we are bombarded with propaganda that promotes going “back to the basics”: Eat...