Valqari, the Chicago start-up that solved the last inch logistics problem with its patented universal drone delivery infrastructure, has launched its largest solution to date with the Drone Delivery Station. This new technology offers a safe and convenient landing station with six separate storage units to accommodate multiple drone and traditional deliveries or pickups. The drone delivery station also maintains a digital chain of custody throughout the entire delivery process to give users peace of mind knowing their packages are secure until retrieved. The Drone Delivery Station is entirely drone agnostic and enables a fully autonomous point-to-point delivery to provide a reliable, universal location for drone deliveries and pick-ups up to 25 pounds. It also has the ability to accept packages numerous ways including winched packages, hover-dropped packages, or pickups and deliveries can be done via landed drones and traditional methods. This new innovation reinforces Valqari’s commitment to addressing common logistical problems associated with drone deliveries for residents, commercial businesses, pharmaceutical, meal delivery services and government. Ryan Walsh, CEO and co-founder of Valqari, said, “Our goal at Valqari is to keep paving the way for how people and businesses around the world send and receive packages in urban, suburban and rural areas. Current drone delivery applications don’t properly address the last stage in the delivery process. What we are creating is the only universal, standardized, safe, and secure drone landing station that protects people, property, and packages. Our new Drone Delivery Station is weatherproof, theft-proof and temperature controlled, which is critical for how items like food and pharmaceuticals are properly delivered.” The seven and a half-feet high Drone Delivery Station can accommodate packages up to 12”x12”x9” and has automated route planning and scheduling features. Plus, deliveries and pickups can easily be scheduled on Valqari’s app (available for iOS and Android). This entirely automated process provides communication technology that authenticates and verifies every delivery while also eliminating any potential interference that may happen during the final stage of drone delivery. This technology will debut in pilot tests later this year and recent test footage of the Drone Delivery Station can be viewed here.

Valqari’s Strategic Partnerships & Industry Accolades Valqari first entered the industry in 2019 sharing their plans for revolutionizing traditional mailboxes with their Drone Delivery Mailbox. In September 2019, Valqari teamed up with T-Mobile/Sprint to become the first smart mailbox to connect to their HTC 5G Hub with a demonstration at the grand opening of Curiosity™ Lab at Peachtree Corners, GA. The company’s unmatched patented technology offers partners a way to reduce their shipping costs, expand their market penetration, limit their liabilities, provide a secure chain of custody, and increase consumer convenience. This year, the start-up has also been focused on adapting its technology to address the changing ways people and businesses around the world want to receive packages. With the growing demand for secure, contactless deliveries, Valqari is helping to make that a reality through partnerships with leading companies including: 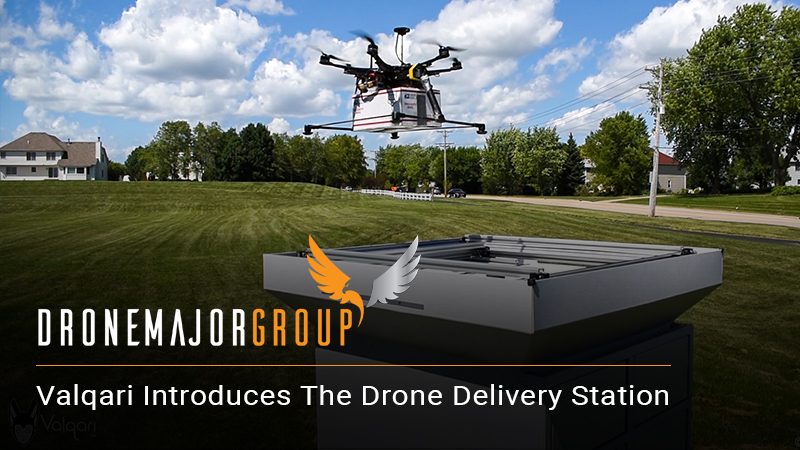 Additionally, this year Valqari created industry buzz after being named a “Top 50 Startup to Watch in 2020” by Built in Chicago and was included on Startup Grind's “9 Stellar Startups to Keep an Eye On” which recognizes top up-and-coming businesses. Additionally, the team received an esteemed accolade when Valqari became a graduate from the 2019/2020 Cohort of Creative Destruction Lab, a top-tier academic science and tech startup accelerator program in Canada. Learn more about Valqari’s capabilities, investment or partnership opportunities by visiting www.Valqari.com or on LinkedIn.PR Contact Information: Rachel Johnson 3rd Coast PR [email protected] Valqari Valqari, a Chicago-based start-up and recently named one of the “Top 50 Startup to Watch in 2020” by Built in Chicago, has created the only drone delivery solution that has solved the “last inch” logistic problems with its patented Drone Delivery Station. It features communication technology that will allow for an entirely automated drone delivery. Valqari patents have been cited by 108 other patents and holds utility patents in 13 countries and territories including: the U.S., the U.K., Germany, China, Hong Kong, Macau, Australia, South Africa, and several other countries in the European Union.